Substance abuse and dependence is a perennial problem in the United States. However, the issue worsened in 2020 amid the pandemic. The crisis added to the burden of individuals who are already vulnerable, driving more of them to succumb to this vice.

The Toll of Substance Abuse and Dependence in the United States

According to US News, from September 2019 to September 2020, substance overdose killed at least 87,000 people nationwide, representing 27 percent more than the previous 12-month period. According to the Centers for Disease Control and Prevention (CDC), this is a record number of such deaths within a year.

The State of Substance Abuse and Dependence in the United States

EHS Today cites data from Millennium Health laboratory showing that compared with the period from January to March 12, 2020, there was an increase in non-prescribed and unlawful medication from March 13 to May 31. This time frame corresponds to the start of the pandemic. There was also an increase of 18 percent in believed substance overdoses in the latter period.

In March and April 2020, NYU surveyed 5,850 American adults who drink nationwide. Twenty-nine percent of the respondents stated that their liquor intake increased during the pandemic, with 40 percent being below 40 years old. The University of Southern California (USC) Keck School of Medicine states that data from a study by RAND Corporation shows that among women, there was a 41 percent increase in heavy drinking or having at least four drinks within a few hours. 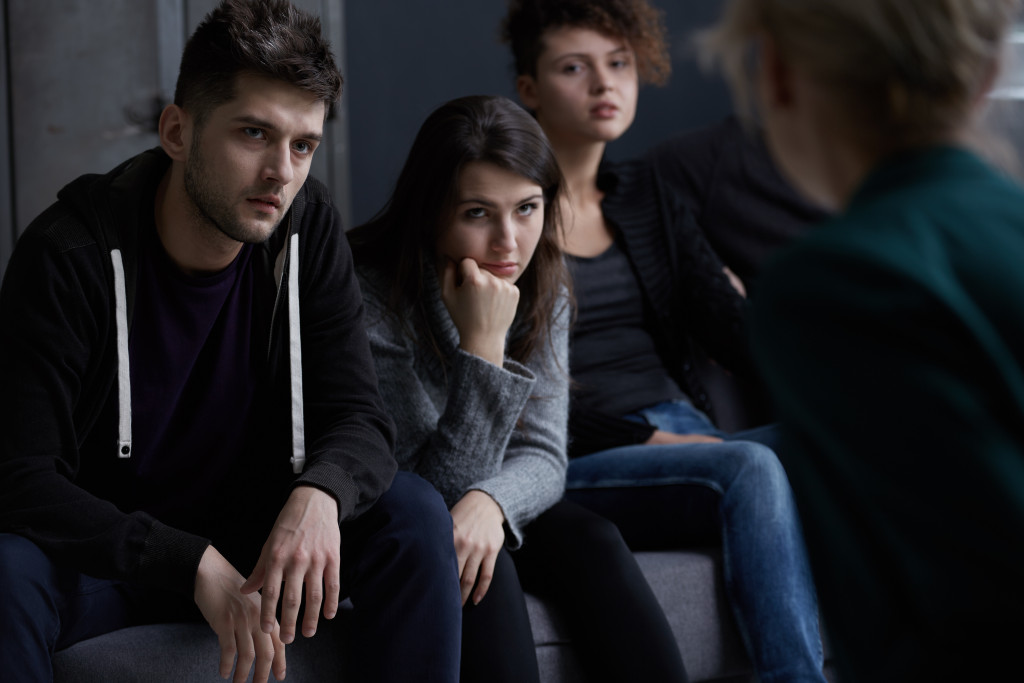 According to EHS Today, a survey conducted by the CDC in June 2020 shows that 13.3 percent of respondents began or increased their dependence on substances. This rise coincides with worsening mental health problems because data shows that from the second quarter of 2019 to the second quarter to 2020, anxiety disorder symptoms more than tripled from 8.1 percent to 25.5 percent. Meanwhile, depressive disorder almost quadrupled from 6.5 percent to 24.3 percent. Many respondents stated that they seriously thought about self-harm in the past month.

In an APA report released on March 1, 2021, clinical psychologist and researcher Dr. Mandy Owens of the University of Washington states that she observed a sharp increase in the frequency and quantity of substance use during the pandemic. She adds that if the customary substances are not available, some people start to use new substances.

Treatment for Substance Abuse and Dependence

USC refers to the American Journal of Managed Care, highlighting that since social isolation during the pandemic is worsening the substance abuse problem, then in-person group treatment must be beneficial to those suffering from the issue. The Substance Abuse and Mental Health Services Association (SAMHSA) states that medication-assisted treatment (MAT) using medications approved by the Food and Drug Administration (FDA) combined with counseling and behavioral therapies customized to every patient can successfully treat substance abuse and help sustain recovery. It is important to choose medically supervised detoxification centers with a clinical team for people with substance abuse disorder.

For liquor abuse, the most common medications are acamprosate, disulfiram, and naltrexone. Although these prescriptions do not cure the condition, they can assist in the recovery of the substance abuser. For dependency on short-acting and semi-synthetic substances, clinicians use buprenorphine, methadone, and naltrexone. These medications relieve withdrawal symptoms and are safe to use in the long term. Naloxone reverses substance overdose when given on time. The World Health Organization (WHO) considers this medication essential to any health care system.

Goals of Treatments and Therapies

Treatments and therapies for substance abuse aim to wean the patient away from dependence to improve rates of survival, the ability for sustained gainful employment, and quality of life. Among pregnant women, treatments aim to improve birth outcomes. Increased retention in treatment is, thus, crucial.

Recovery from substance abuse and dependence is possible with the right combination of prescribed medication, professional counseling, and therapy. These are now widely available, and it is extremely important to seek professional help.