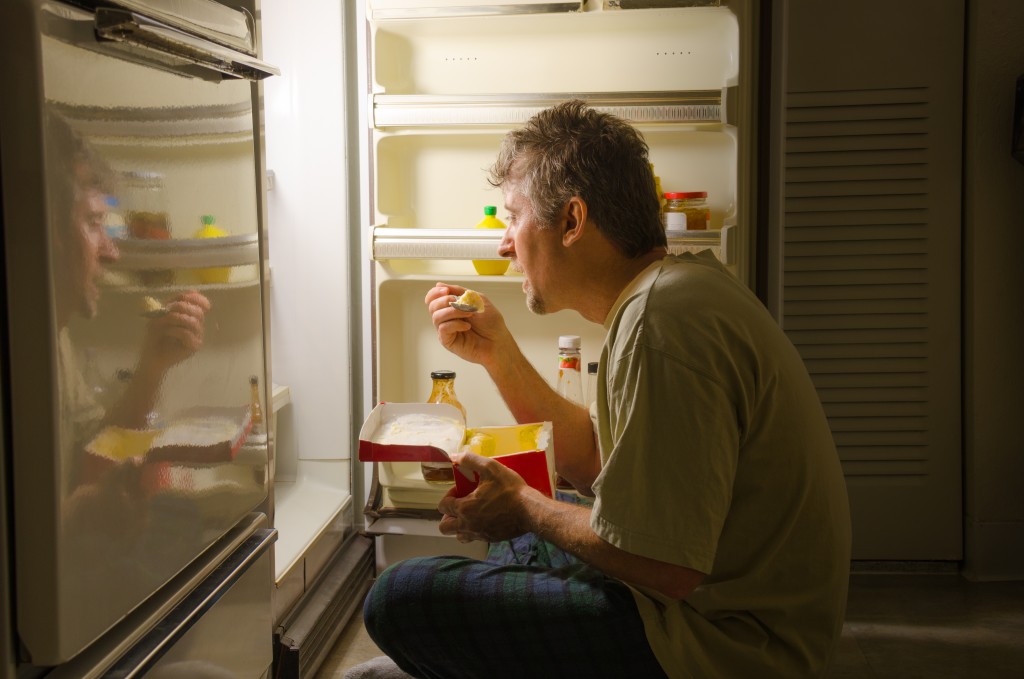 Binge eating is the most common type of eating disorder. Although its effects are not as immediate or as noticeable as anorexia or bulimia, it still poses dangers to one’s health, especially when left untreated.

Binge eating disorders (BEDs) are characterized by eating large amounts of food without feeling satiated or satisfied. Food is usually consumed rapidly and at the confines of one’s own home. Unlike bulimia, BED involves no purging or efforts to lose weight. Binges are most often prompted by feelings of shame, embarrassment, or inadequacy, and consuming food does little to alleviate those feelings. Instead, BED usually leads to feelings of disgust and revulsion towards ones’ self.

People suffering from BED are often unsatisfied with their body shape, weight, and eating habits. They will sometimes attempt to lose weight or try a new fad diet, but little setbacks will often lead to bouts of binge eating and the cessation of their efforts at weight loss for the time being. Individuals with ever-fluctuating weight and body shape are more likely to be diagnosed with the disorder. BED will eventually lead to weight gain and obesity, increasing the risks of diabetes, heart disease, and cancers.

Food Is Not the Problem

Binge eating is not about food. Most often, eating is just a form of coping mechanism to bury negative feelings of guilt, shame, and embarrassment. Individuals with BED experience debilitating bouts of negative feelings, and eating provides relief or a sense of numbness from these emotions.

They might also complain about feeling empty or hollow inside when they feel pangs of hunger or restrict themselves of food. Individuals with BED often don’t enjoy the act of eating. They don’t relish the taste of the food they eat nor savor the experience. Binge eaters consider their binges embarrassing — or even disgusting — so they will usually restrict their binges at home or in a private setting.

Getting the Right Treatment

Unlike anorexia, where treatment usually involves intensive hospitalization or inpatient care, binge eating requires less stringent measures. Because of the emotional roots of the condition, therapy and support groups are most often suggested in treating BED. Well-structured recovery plans include addressing the mental and emotional aspects of the condition as well as the physical aspect.

Plans can require minor changes in one’s lifestyle, adding brief exercise sessions, and monitoring food intake. Diets should not be too restrictive as it could lead to uncontrolled binge eating. Individuals with BED usually suffer from dopamine sensitivity, and medication can be prescribed.

Vyvanse, medication usually used to treat ADHD, is effective in treating even the most severe cases of BED. It has been approved by the FDA, but it can have serious side effects. Anti-depressants and anti-convulsants have also been successful in alleviating the symptoms of BED. Still, they should only be used as a last resort because they could lead to dependency and other problems.

Binge eating is often ignored or treated as normal. However, the condition hides deeper emotional and mental problems that need to be addressed.

How to Teach Teens Good Hygiene

Recovery Is Possible with Treatment for Substance Abuse